The association Unión Musical Villamayorense was founded in June 2006 in the town of Villamayor de Santiago (Spain). This association, which has joined musicians with years of experience and young people eager to learn, is looking for new experiences in stages of recognised standing with the aim of growing up musically.

Some of the goals of this association are the cultural dissemination and bringing every kind of audience into contact with the classical repertoire, for which the orchestra performed solo concertos or arrangements for wind orchestra, collaborated with a choir and singers, as well as hosted premiers of current composers. Mr Alejandro Blasco Alemany, born in Valencia (Spain), was the orchestra’s conductor since its foundation and until the beginning of 2017. The current post of conductor belongs to Mr Carlos de la Fuente Lucas-Torres. 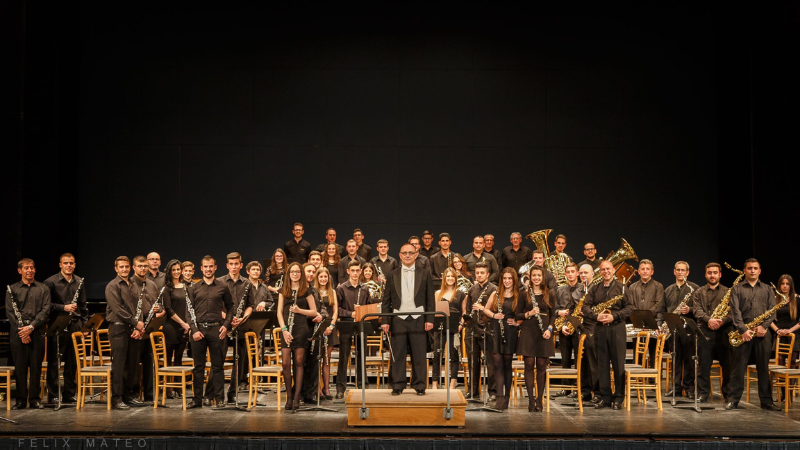 Currently, he is an active member of the Gliss Trombone Quartet and also works in the Tormes Brass Quintet. In the field of composition, he has won different awards in competitions within Spain.