The Koninklijke Harmonie van Thorn (Royal Wind Orchestra of Thorn, KHT) was founded in 1812 as the Philharmonic Society of Thorn. In 1865, the title “Royal” was granted to the orchestra by King Willem III.

Throughout the years, the orchestra has been very successful, both on the national and international level, and is generally known to perform on the highest level in amateur wind music. In 2008 the KHT was crowned Dutch National Champion in the highest division for the 14th time, and in 2013 they won the ﬁ rst Open European Championship for Wind Orchestras in Luxembourg. The orchestra has always been led by prominent conductors, in recent years by Sef Pijpers and Jan Cober, to name but a few.

The composition “Daphnis et Chloë” will be performed together with the choir composed of members of the “Toonkunstkoor”
(Roermond, NL) and the “Philips Philharmonisch koor”
(Eindhoven, NL). 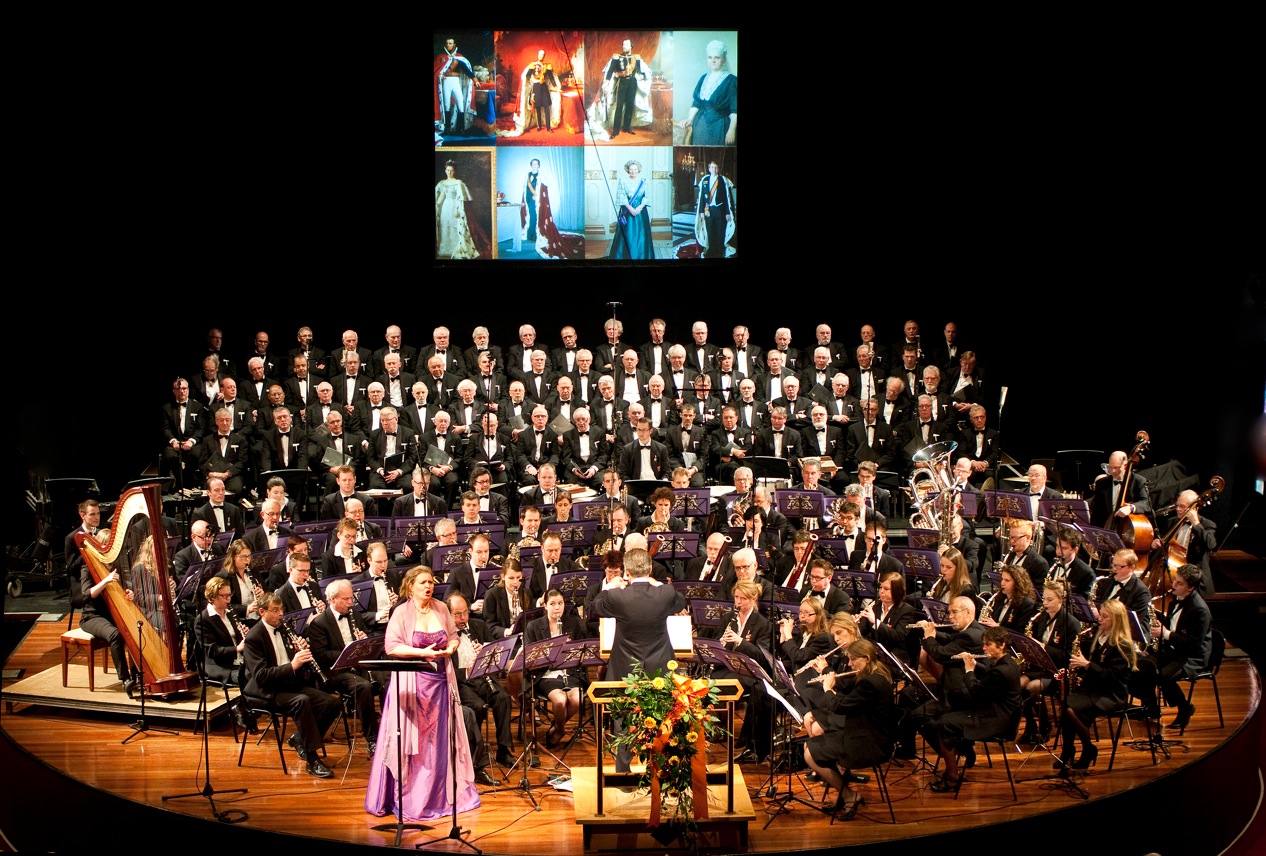 Norbert Nozy is actively involved with the Royal Wind Orchestra of Thorn as a conductor since 2004. Before that, among many other professional activities, Nozy was chief-conductor of The Royal Symphonic Band of the Belgian Guides. Apart from this, Nozy has had an impressive career as a saxophonist. He still performs regularly as a soloist, is a much sought juror, and teaches at the conservatories of Maastricht and Brussels.