Founded in 1830, Civica Filarmonica di Lugano is the oldest Lugano Association. Throughout its history it has had a succession of signiﬁcant moments and awards. Civica Filarmonica di Lugano consists of 80 musicians and is considered the best Swiss symphonic wind orchestra. Its acknowledged ability to constantly open new musical horizons is attested by its repertoire of more than 1,200 pieces. 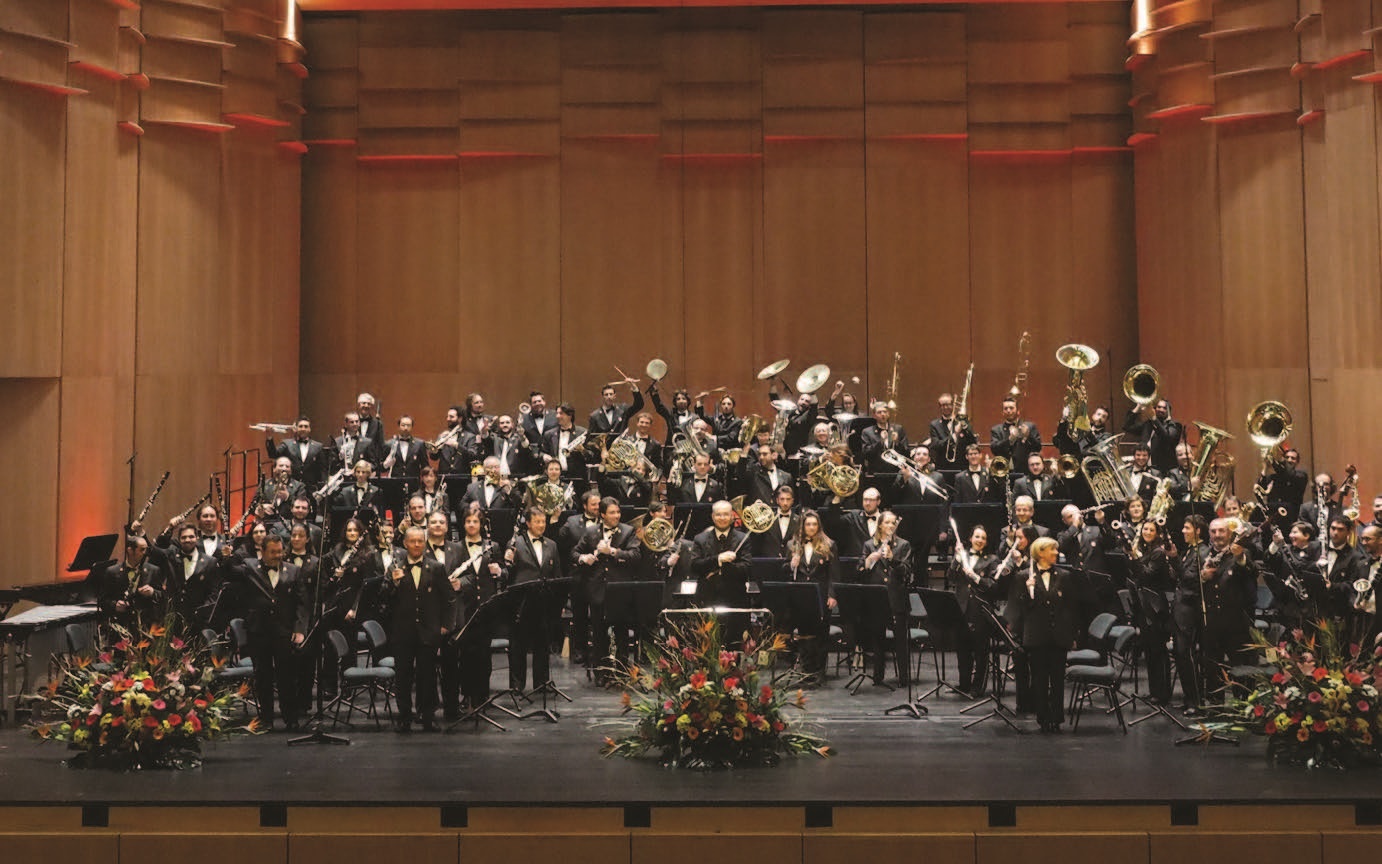 Conductor Franco Cesarini attended the Basle Conservatory where he majored in ﬂute, theory, composition, and conducting. He has won several competitions, including the ﬁrst prize in the Swiss national soloist competition. In 1984, he was awarded a scholarship by the Ernst Göhner-Migros Foundation.

Currently, Cesarini is professor of wind band conducting and music theory at the Lugano University of Applied Sciences and Arts. Since 1998, he has been the principal conductor of the symphonic wind orchestra “Civica Filarmonica di Lugano” and since 2011 he conducts the “Wind Orchestra of Southern Switzerland”. He has received several awards, including the composition prize from Pro Helvetia (the Swiss foundation for culture).